Obsessive Compulsive Disorder (OCD) is a psychological disorder that affects people of all ages. Individuals with OCD have Obsessions which are unwanted, intrusive thoughts, images, or impulses that trigger anxious or uncomfortable feelings. Compulsions are the behaviors that an individual engages in an attempt to get rid of the obsessions and decrease their distress.

Many individuals have obsessive thoughts and/or compulsive behaviors are some point in their lives, however, it does not mean that everyone has OCD. The diagnosis of OCD is given when the obsessions and compulsions have become so severe that they interfere with daily functioning. 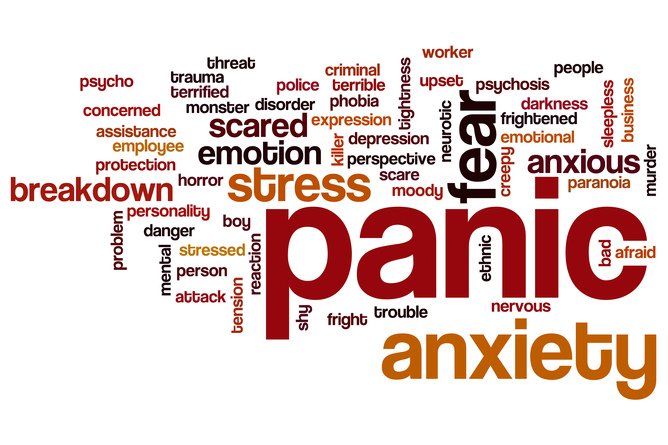 What are obsessions and compulsions?

Obsessions are time consuming and get in the way of important activities such as work, school, or daily living. It is important to remember that there is a difference between being “obsessed” with something and having obsessions. A person may be “obsessed” with a new TV show or band, however, that person is still able to function in a productive manner. Individuals with obsessions have difficulty completing tasks, or engaging in activities they value as their obsessions get in the way.

Common obsessions in OCD are:

Compulsions are the other part of OCD, which are repetitive behaviors or thoughts a person uses in order to neutralize, counteract or to make their obsessions go away. Compulsions are only a temporary solution and over time the intensity of the compulsions need to increase in order to have the same effect on the obsessions. It is important to note that avoidance of situations can also be a compulsion.

Not every repetitive behavior is a compulsion. It is important to understand the purpose of the behavior in order to determine whether or not it is a compulsion. There are many repetitive behaviors or rituals individuals engage in that are not compulsions, for example, bedtime or morning routines, or practicing a sport or instrument in order to improve one’s skill. Individuals with OCD have an intense need to engage in compulsive behaviors and do so in order to escape or reduce anxiety, or his/her obsessions. Most individuals with OCD report that they would rather not have to engage in their compulsions as they were time consuming, and at times uncomfortable behaviors.

Common compulsions in OCD are:

Unfortunately, we do not know the exact cause of OCD, research suggests that there are differences in the brain and genes of individuals with OCD.

Research also suggests that there is a problem with communication between specific structures of the brain in individuals with OCD. The neurotransmitter serotonin is thought to be involved in the issue with communication. Studies using fMRI have shown that individuals with OCD who are treated with either medications that increase the available amounts of serotonin in the brain, cognitive behavior therapy (CBT), or a combination of both have more normal neural circuits.

Genetics are also thought to play a role in OCD, as research shows that OCD tends to run in families. There have been hypotheses that other factors may be involved in the development of OCD such as stressors or illness that may activate the genes associated with the symptoms of OCD.

PANS (Pediatric Acute-onset Neuropsychiatric Syndrome) is a disorder characterized by sudden onset of OCD symptoms, or eating restrictions occurring at the same time a behavioral changes such as: anxiety, emotional lability, irritability, oppositional behaviors, deterioration of school performance, or sleep disturbance. These symptoms are not better explained by a known neurological or medical condition.

PANDAS (Pediatric Autoimmune Neuropsychiatric Disorder Associated with Streptococcal Infections) is a subset of PANS which has distinct criteria such as: an abrupt onset of OCD or disabling tics, young age of onset, presence of neurologic abnormalities, and symptom onset is concurrent with Group A strep infection. These symptoms are accompanied by similar symptoms as PANS.

What are the most effective treatments for OCD?

The most effective treatments for OCD are Cognitive Behavior Therapy (CBT) more specifically, exposure and response prevention (ERP), and/or medication. Approximately 70% of individuals with OCD will benefit from ERP and/or medication.

About our OCD treatment program

At Mid Island Psychology Associates, we offer a truly customized OCD treatment program. Upon intake, the psychologist with gather information in order to determine the level of care necessary. We are able to offer the following services: